The valley between Halle- and Hunneberg 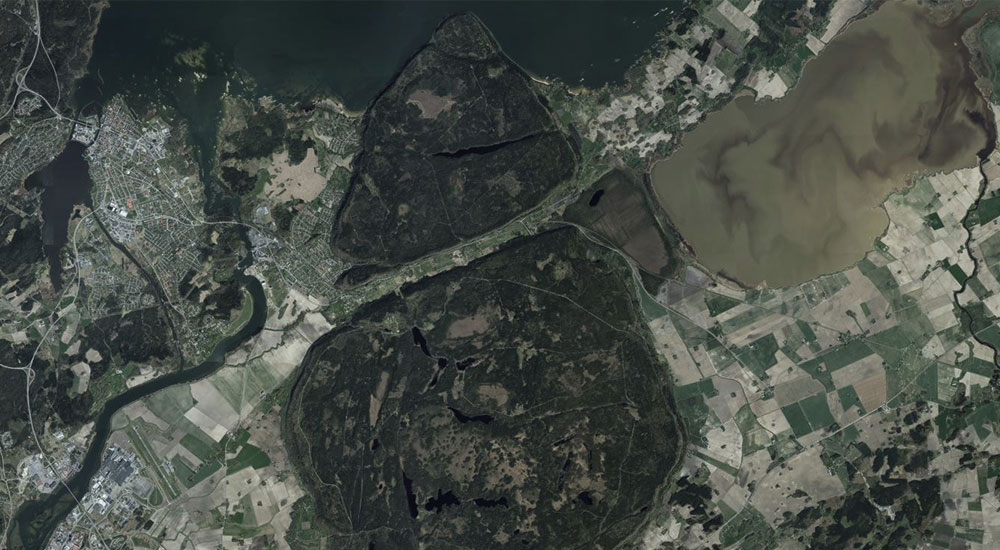 Halleberg and Hunneberg are separated by a valley with steep walls.

A valley can be created when a crack in the mountain is opened up by erosion and weathering, but also by movements at fault lines.

A fault is a displacement in the bedrock where one mass of rock shifts in relation to the next, due to a fracture in the Earth’s crust. In the case of the valley at Lilleskog we are not entirely certain how it was formed.

Since the valley cuts right through the 300-million-year-old dolerite, which originally joined Halleberg to Hunneberg, the crack or fault line that gave rise to the valley cannot be any older than this.