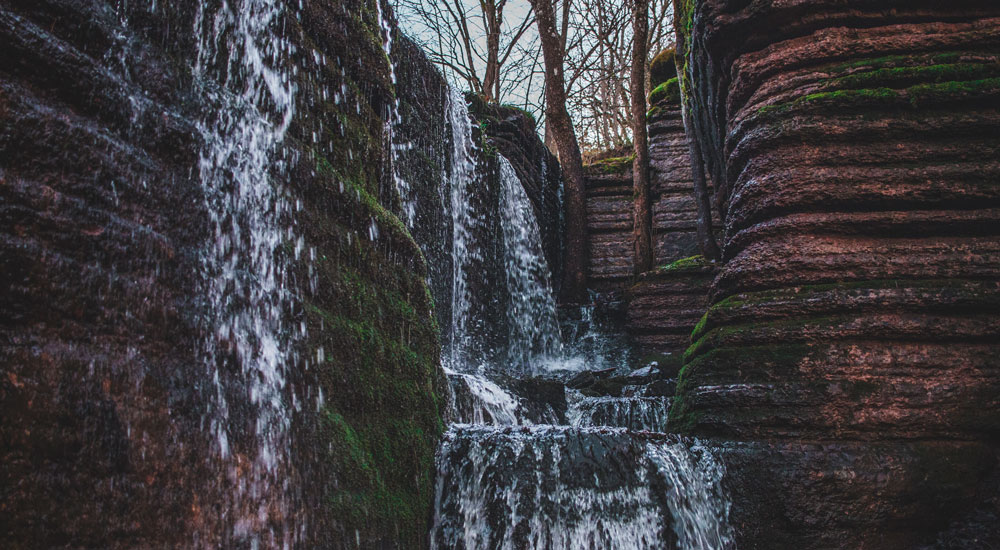 Martorpsfallet is at its most beautiful in early spring. This is when the volume of water is at its highest and the water floods over the edge of the cleft.

In the summer months the waterfall may dry up completely as most of the water drains underground through cracks in the bedrock.

You get the best view of the waterfall and rock formations if you head down the edge of the cleft to see the falls from below. Around 9000 years ago, when the inland ice was melting, the sea reached this level for some time. The waves scoured out caves where the limestone was a little softer, leaving behind pillars of harder stone. These are reminiscent of the limestone stacks on Öland and Gotland. The limestone layer is rich in orthoceratites and other petrified animals (fossils), that lived in the sea millions of years ago.

The path to the falls runs through overgrown pasture land that has now become woodland and is populated by many different shrubs and tree species. In small open glades in the woods you can find early purple orchids, which thrive in the lime-rich soil. The limestone cleft by the falls is mainly populated by large elm trees. With a bit of luck, you may see white-throated dippers in the fast-flowing water.