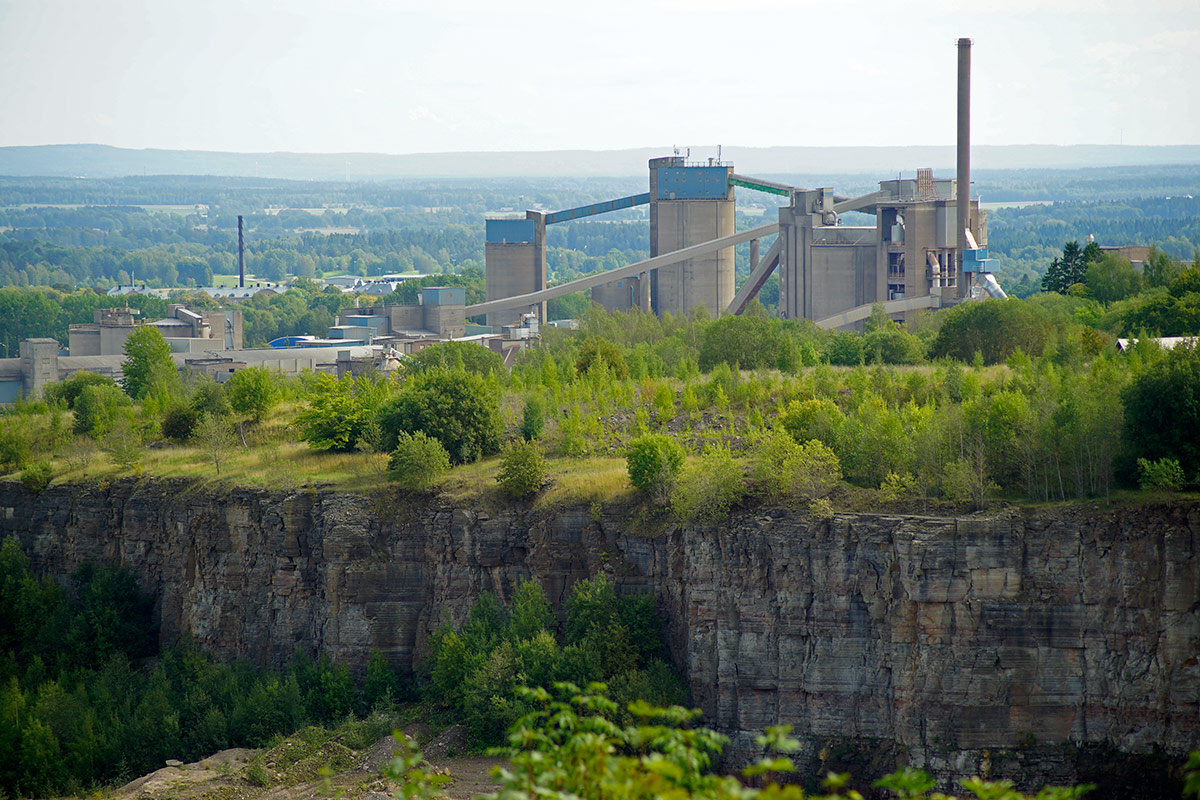 Small-scale lime burning has a very long history in the area around Billingen.

Small-scale lime burning has a very long history in the area around Billingen. In 1916, the stock company Gullhögens Bruk was founded and the first cement factory was established in 1923. Gullhögens Bruk expanded after World War II and for a time the plant had over 400 employees. Gullhögens Bruk was acquired by and incorporated into Cementa in 1973.

Today, the large plant contains big silos, kilns, and crushers. The cement production is situated in connection to a large quarry, which surrounds Våmb church village on three sides. The plant is of major industrial-historical interest for both the region of Skaraborg and the city of Skövde. It is one of two remaining cement factories in Sweden.

Limestone is still quarried today in the north quarry in order to make cement. This quarry is of special interest because of the large numbers of fossils that can be found here. Guided tours around the area are organised by Cementa. During these tours you can chip out your own fossils of creatures such as orthoceras, which lived 400 million years ago. Crevices in the rock now provide nesting sites for stock doves.