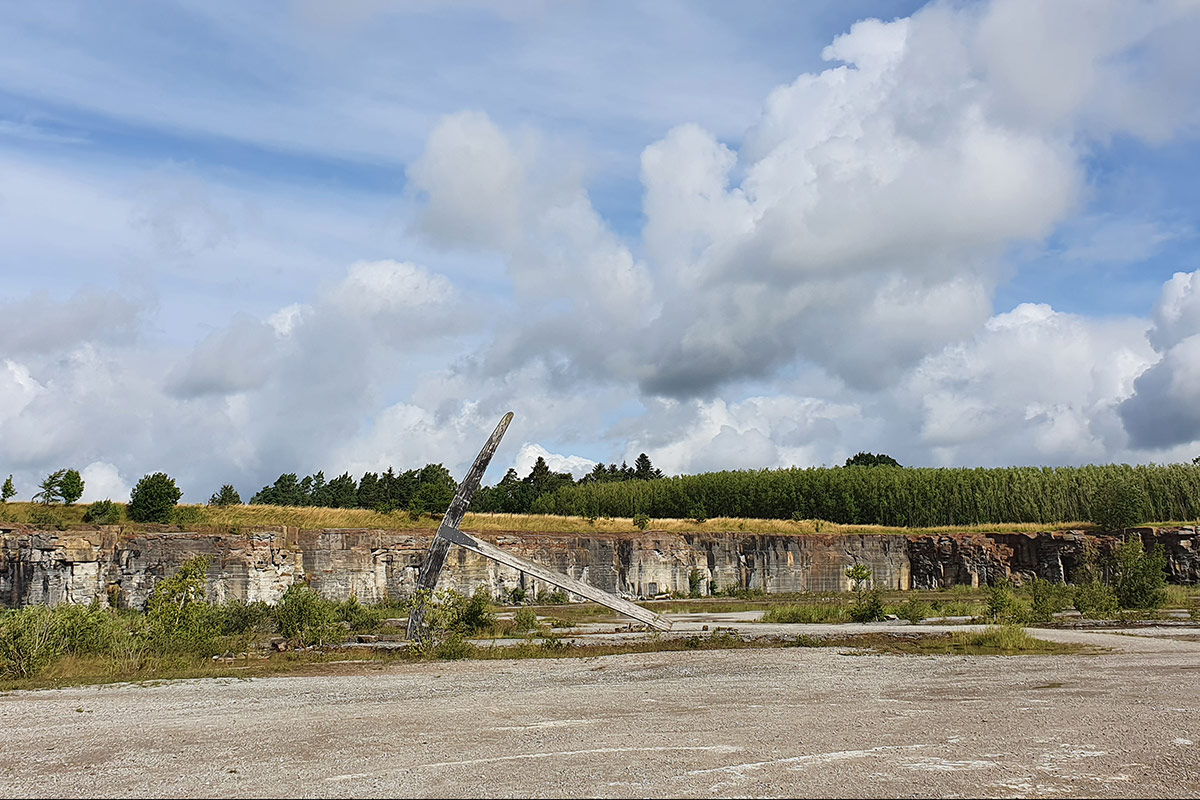 Tomtens limestone quarry is one of the more well-preserved lime quarries in Falköping municipality, and it tells the story of an industry that was once very extensive across the table mountain region.

The history of this quarry stretches back to the early 20th century, and up until the 1960s lime was burned in kilns here. In the mid-1950s, around 15,000 tons of limestone was quarried here annually, and more than 30 lime kilns were in operation. From the mid-1970s to mid-1990s, limestone was quarried and then crushed to make agricultural lime, forest fertiliser, and lime used for lake liming.

On several occasions, Tomtens limestone quarry has been used as a culture centre for exhibitions and concerts. The quarry is on private property, so please respect this when visiting the area.