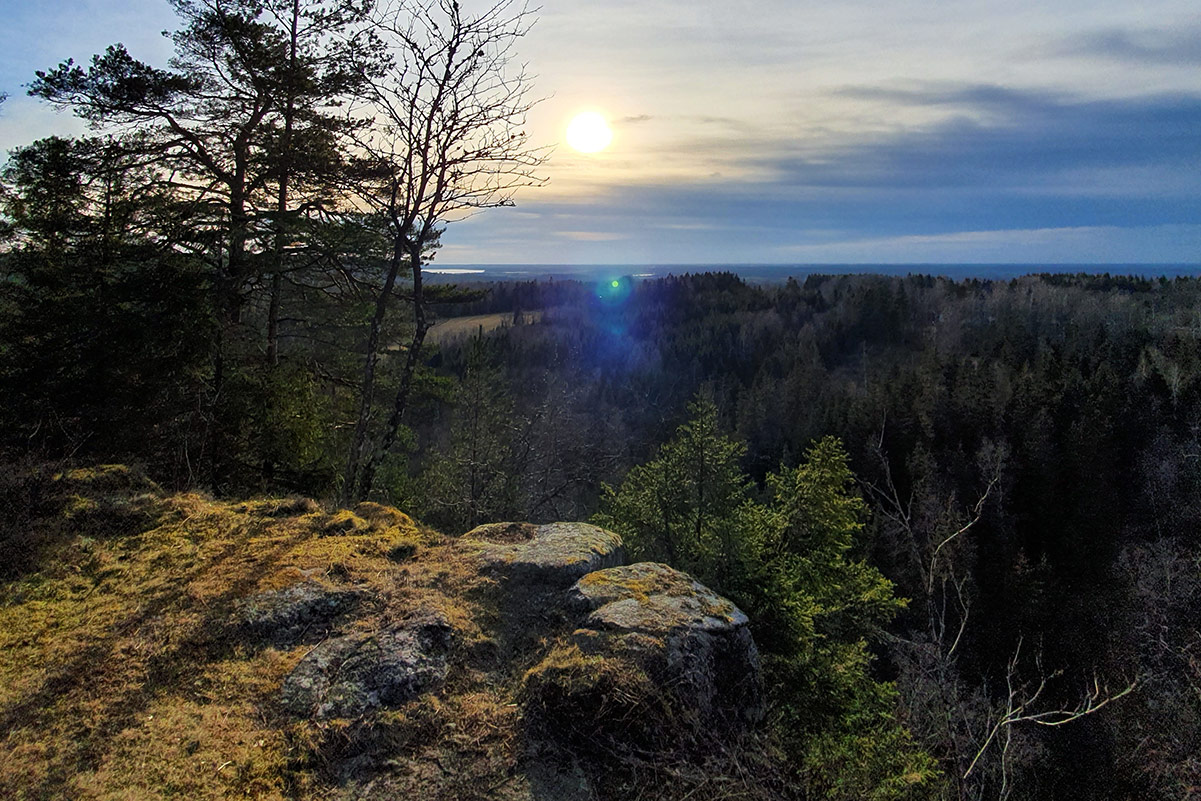 From Ramlaklev you get an amazing view of Kinnekulle to the west, Lake Hornborga to the south, and the entire Valle district in between.

You stand on the edge of the dolerite cliff. Dolerite is an igneous rock, which means that it originates in magma in the interior of Earth. The magma penetrated into fractures in the surrounding rocks around 300 million years ago. As the hot magma cooled and solidified into dolerite it cracked, usually forming hexagonal columns but also longer crevices. This process has given the mountainsides their characteristic appearance with columns, crevices, caverns, and caves.

Close to Ramlaklev lies the remains of a fallen giant – the giant spruce tree of Amundtorp. This was the biggest spruce tree on Billingen and it took at least three people to reach around it. It has fallen over, but you can still see it a few hundred metres along the path past the lookout point.

To get here, first park your car by the community centre. Then follow the orange markers up to the old embankment. When the paths splits, follow the signs to “torp” and you will reach the lookout point after a few kilometres.