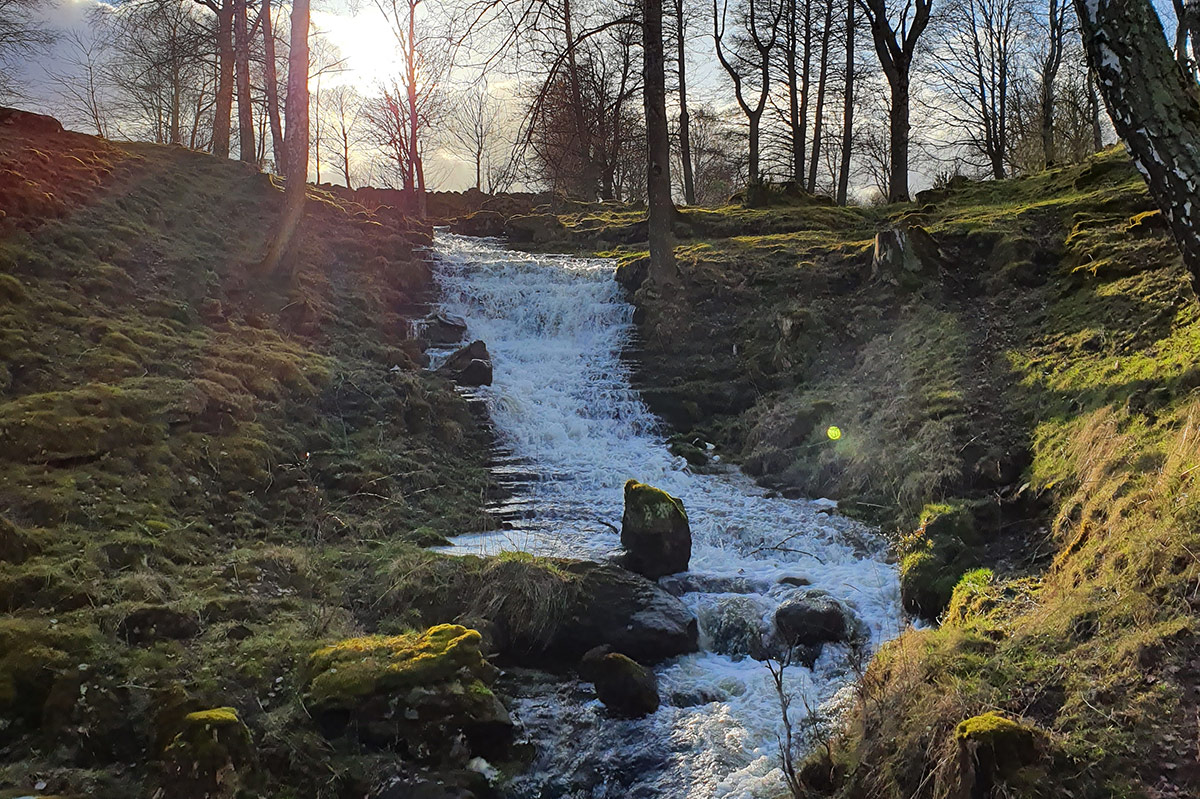 Djupadalen in Karleby, on the west side of Åsledalen, is a valley that cuts down through the sedimentary rock layers in Falbygden: limestone, alum shale, and sandstone.

To the west and north-west of the reserve is Karleby heath, a flat limestone plateau. The lower limit of the limestone layer can be seen below the dam building in the upper part of Djupadalen. The stream, which runs from the limestone plateau east towards Åsledalen, has cut a ravine through the underlying alum shale and sandstone. As we follow the valley down, we can see almost the entire alum shale layer, and after about 80 metres from the start we get to the sandstone. If you look in the stream here, you can see the sandstone “stairs”.

Djupadalen is an important site for geologists. Already in 1869, geologist J G O Linnarsson examined the area, and the site became the most important type locality for the description of the rocks in Västergötland’s table mountains, which Linnarsson presented in 1869.