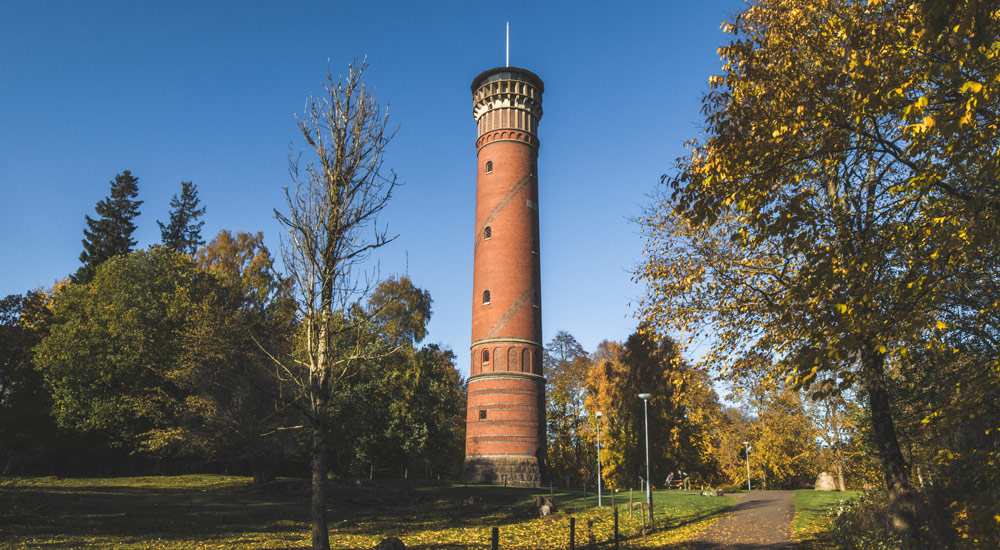 From here, you can see Kinnekulle in the west, Ålleberg in the south-east and Billingen in the north-east. The flat landscape was created as a result of erosion of the bedrock around 600 million years ago. At that time the climate was very favourable for the erosion of the existing gneiss bedrock.

The flat surface, or peneplain, was then covered by marine sediments, of which we can still see impressive remains in the sedimentary rocks of the table mountains. The layers of sediment that formed the sandstone, shale and limestone were deposited horizontally on top of the already eroded gneiss, which is why the entire landscape is a plain.