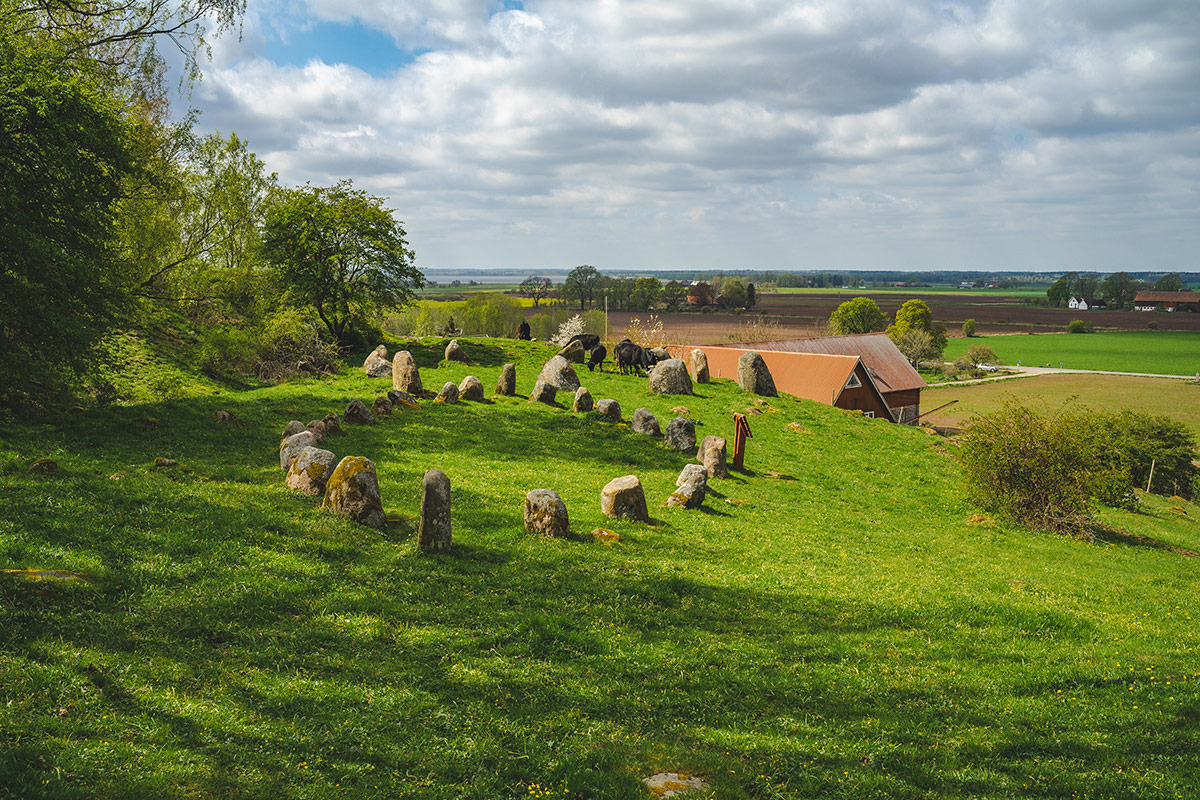 Amundtorp is the site of a stone ship surrounded by several Iron Age graves with a view that stretches for miles.

This green hill with its view of Lake Hornborga and the plain in between feels like a good place to start the final journey. The view of the lake was probably significantly better when the graves were constructed, around 400–550 CE.

Stone ships are interpreted as ships in which the dead could travel to the afterlife, and the stone ship at Amundtorp is very well made with equally spaced stones. Behind it are several graves of various shapes, for example three stone circles (domarringar in Swedish, literally meaning “judge circles”). It was believed that such stone circles functioned as places where legal trials were held, but finds including burnt bones, needles, and other things here at Amundtorp contributed to the new interpretation of the stone circles as a type of grave.