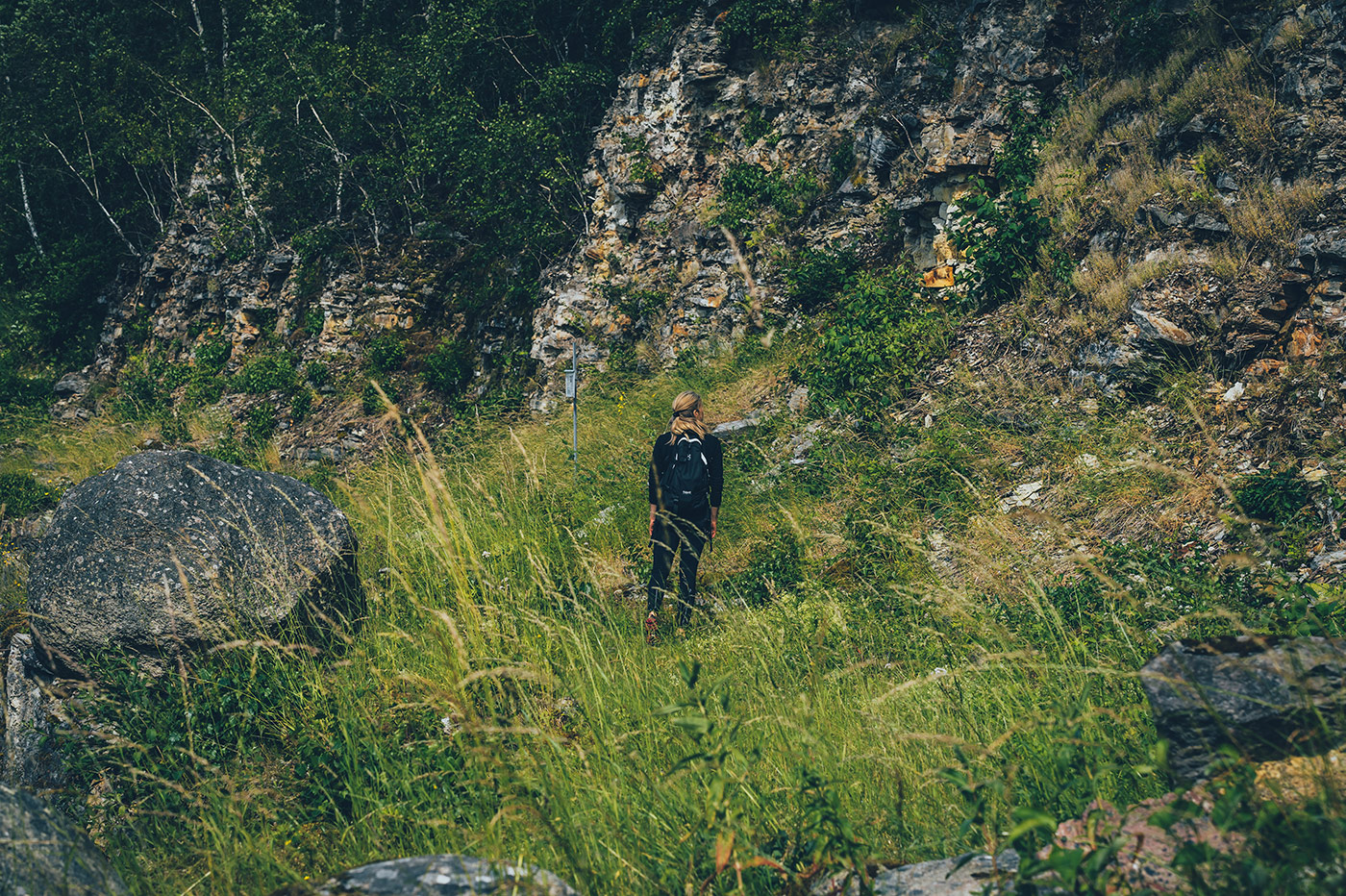 Lime has been burned in Råbäck’s lime kiln since the mid-1800s. Here we see the bedrock layer known as the alum shale layer. This part of the mountain was created approximately 520–400 million years ago, when the landmass that now constitutes Sweden was under the sea.

Alum shale is a black clay shale, created in an oxygen deficient sea where remains of dead plants and animals were deposited on the seafloor. The organic material has not decomposed but has been stored in the shale, and due to high pressure and heat it has been transformed into oil. Thus, alum shale can be used as fuel for the lime kilns. The most useful lime to burn in the kilns is anthraconite or stinkstone. It is a type of limestone that is embedded as “lenses” in the alum shale. Here, these are most common in the so-called “large stinkstone deposit” that can be seen in the escarpment, a cohesive layer up to two metres thick. The contact surface between shale and stinkstone is clearly visible. Stinkstone can be found in various forms, e.g. containing prismatic calcite crystals. The stinkstone contains a relatively high amount of organic material, making it smell of petroleum or kerosene when you strike it. That is where the name “stinkstone” comes from. The conditions for lime burning were perfect here: both the limestone and the fuel could be quarried at the same location.

A path runs around the quarry, where you can read more about the geology and industrial history. You can reach the lime kiln either from Trolmen station or from the parking at Råbäck’s harbour.