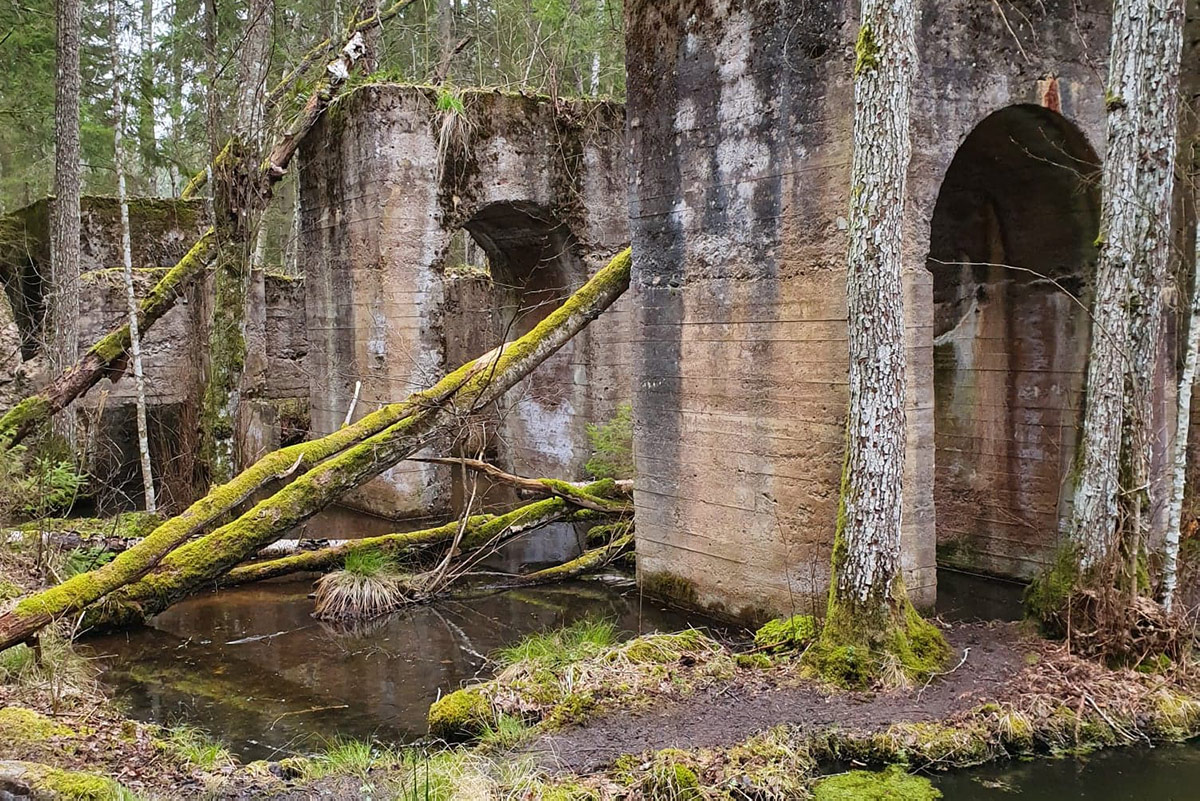 The production of oil at Oljekoken in Gössäter was established in 1893.

But it proved too expensive to extract oil from alum shale. The oil was useless as lubricant but could be used to impregnate railway sleepers. After only a few years, filled with problems and setbacks, production ceased in 1897. At that point, around 100 tons of poor-quality oil had been extracted. Nothing remains today of these factory buildings. The only trace of this era is a dwelling house, known locally as Oljekoken (“the Oil Boiler”).

The first boiling house was situated below the quarry (the building with the birch tree in the chimney). Below the hill is a large area with remains from the oil shale quarrying. There are also plenty of kiln foundations.