A deluge of ice water 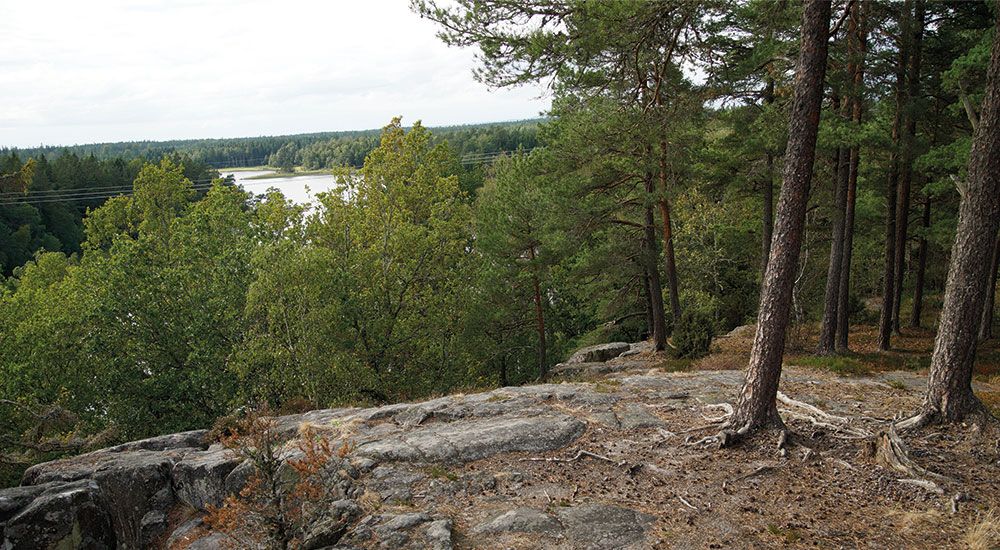 Klyftamon nature reserve is not just home to natural woodland and unspoiled wetlands. In several places you can also see smoothly polished rock exposures  and large boulders. What happened here?

The history of Klyftamon is more dramatic than you might guess. Right here, at the northern tip of Billingen, a great deluge of water burst through at the end of the last ice age. When the inland ice melted, the melt water formed a large lake. This was the forerunner of the Baltic Sea and is known as the Baltic Ice Lake. The ice lake was dammed by the edge of the ice sheet and the Billingen mountain. But suddenly, during one of the melting stages, the water broke through the ice sheet and an enormous flood of melt water swept across the land and into the North Sea, and the water level in the ice lake fell by 25 metres in a short period of time.

NOTE! Klyftamon is a large and relatively wild nature reserve, and you will need time and experience to get around, as the area is made up of wetland and unspoiled woodland.