When the ice age came to an end 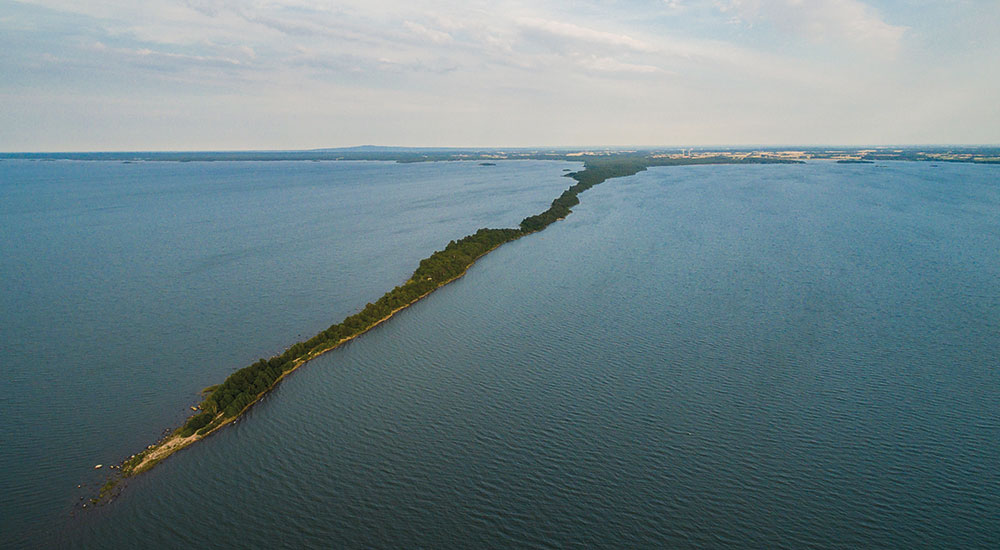 Hindens Rev is a narrow peninsula that reaches several kilometres straight out into Lake Vänern. At the very tip it feels as if you have been cast out into the middle of the lake.

On the west side of Lake Vänern you can glimpse Hjortens udde, which looks like an extension of Hindens rev. Why is it that you can walk so far out into Lake Vänern here? Hindens rev, like Hjortens udde, was created by the inland ice about 12,500 years ago. The inland ice is like a giant conveyor belt that grinds the surface beneath it and carries along stone and gravel. Large amounts of this rock and gravel are deposited in front of the ice, forming what we know as a terminal moraine.

The last inland ice reached its maximum extent about 20,000 years ago. Then the climate became warmer and the ice began to melt. But for a period that started about 12,800 years ago something happened to the climate and it became colder again. This caused the ice to stop melting, and in fact it even advanced in some areas. The result was the Middle Swedish End Moraine Zone (MSEMZ), of which Hindens rev is part. Today the stones have been worn down into pebbles by the waves of Lake Vänern.