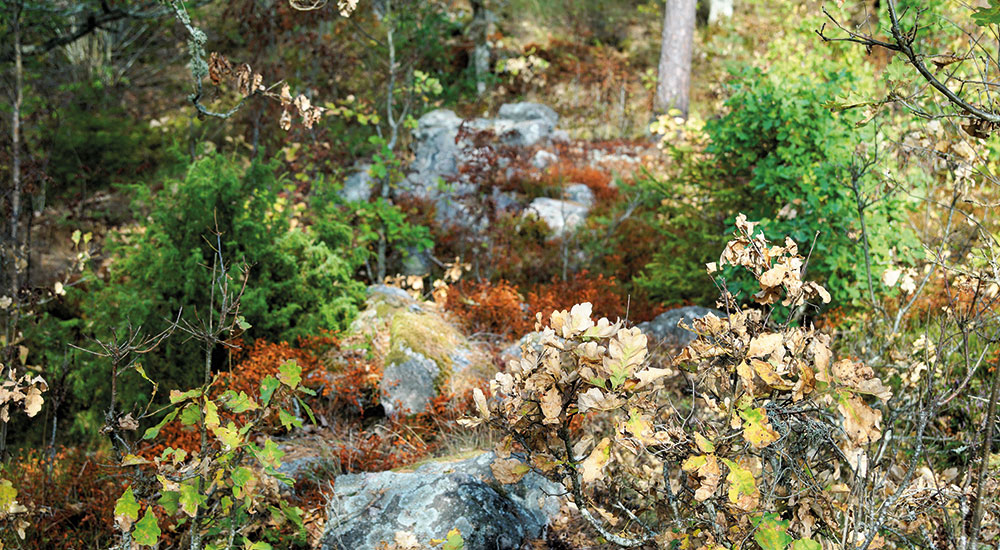 The hillfort at the edge of Klyftamon and close to lake Stora Bjursjön was originally built as a defensive enclosure and a site for evacuation and refuge during periods of unrest.

Close to lake Stora Bjursjön the hillside rises steeply from the shore. At the top of the 35-metre-high rock face stands a hillfort, and where the slopes did not give adequate protection they were fortified with ramparts and walls.

The remains of these can still be seen. A variety of small ferns grow among the rubble on the slopes. This is also the only site in Skaraborg where a protected species of pea vetch grows. There are open views from the top of the hill, particularly over the valley that gave Lerdala its name.